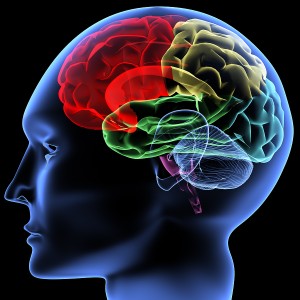 Two weeks, it turns out, is quite long enough for the Edinburgh Fringe to have moved from day-to-day reality to a long-departed and lovely – if still strangely knackering – dream.

In part, this is because it is such an indulgence. For eleven months of the year, you perform as one of many, a name on a bill. And then, throughout August, you have your room, in which to perform your show, in front of people who have specifically come to see you.

After which it’s back to London, and the comedy circuit, and fitting your act into other people’s club nights. Which is still fun, of course – most of the time. But you can’t help missing the festival.

I had the disorientating – not to say depressing – experience of strolling through Edinburgh’s town centre, a couple of weeks in, enjoying the sights and sounds, idly pondering my own show later that day, when I realised that I should simply do this full-time, all-year-round. It was like a subliminal message bubbling to the surface – this is great, it said. Make a life of this.

And it was a very pleasurable fifteen or twenty seconds, of me thinking, ‘yes! That is precisely what I will do!’, before higher brain functions noticed my daydream, and decided to rip it to bits – pointing out the bleeding obvious facts that a) this festival only happens for three or four weeks a year, and b) I am in no sense making a living from it – that, in fact, being here and performing every day was costing me a (small) fortune. It was like deciding you wanted to live at the Glastonbury Festival all year round. Which I also remember wanting to do, for about fifteen or twenty seconds, back in 1993…

As is so often the way with higher brain functions, they were right, but that doesn’t mean I have to like them. And my epiphany still had some value, I think.

Because you do bring back something from Edinburgh, from all those focused performances squeezed into a month, which you can feel in your stand-up the rest of the year round. It’s a different ‘something’ every time – but this year, it might just be the knowledge that there’s a special pleasure to having a room, and a show, that’s your very own – and that I must find a way to recreate that situation back home, the rest of the year round.