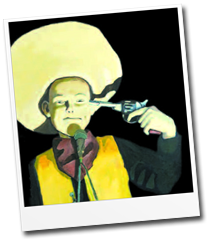 Can’t quite believe that I’ve been in Edinburgh for three weeks, and that ‘…Have No Shame’ is now in its final stretch. Loved (almost) every second of it, too. But more about that another day.

I’ve tried to see a fair few shows while up here – it’s far too easy to focus obsessively on your own show, and all but ignore the massive international arts festival happening all around you, but I’ve learnt the hard way that it’s sad to look back at the festival once it’s over and realise you didn’t take advantage of it.

One thing I’ve noticed this year is that almost all of the best non-free shows I’ve seen have been miles from the old town hub of Assembly, Pleasance Dome, Gilded Balloon and Udderbelly. The highlights – almost without exception – have taken place at the Stand.

The politics, and the commercial administration, of the festival’s comedy is, happily, no great concern of mine. Say what you like about the Free Fringe, it is utterly isolated from all of that nonsense. But I don’t think I like this development. Not least because performers and audiences appear to be taking sides, and looking down on those who disagree with them.

The consensus seems to be that you earn the right to appear at a club like the Stand, whereas you simply buy your way in to the big four venues. I’m in no position to judge. More to the point, I don’t want to care which organisation owns which performance space – I just want to see some good shows. It reminds me a little of the indie/major label snobbery back in the 90s, when fans would turn their backs on a band who moved from a small, cool indie to a major, and declare them sell-outs. What had started as a political stand by punk bands in the late 70s often felt, in the 90s, more like crabs in the bucket.

But there’s no arguing with the quality of the work in the Stand this year. Genuinely amazing shows – my highlights of the Fringe – have come from Paul Sinha, Phill Jupitus, Andy Zaltzman, Tony Law and Stewart Lee, all at the Stand. There’s a week left. See them all, if you can.