I’m a huge fan of doing things at the last minute.

I must be. It’s the only explanation for how I behave.

I spent this afternoon being photographed for August’s Edinburgh show, with my comedy partner Laura Carr. These images will be used for publicity – most importantly, the flyer we’ll be handing out all month to anyone who wants one, and hundreds of people who really don’t. Most performers get this sorted in March. We finally got it done a week before the printing deadline.

We got some nice shots, though. To look at them, you’d never know this was the hottest day of the year thus far, and the two of us were being slowly cooked beneath the studio lights. Well, you know now. But you wouldn’t have known if I hadn’t mentioned it. Probably. Hope that’s clear. Good.

Spent an hour this evening messing about with a lo-res preview of one of the images, trying to get an idea of how the flyer might turn out. It’s a rough draft – but I think even at this stage, you’ll agree that photographer Giada Garafolo’s done a fine job… 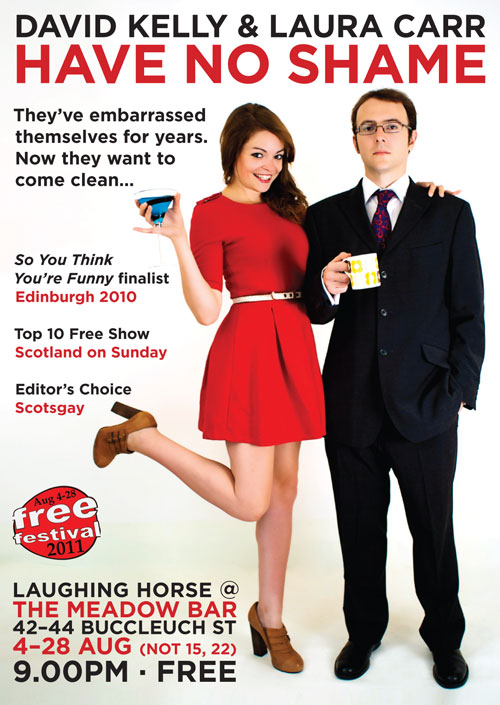